Last Hydrogels have many applications in industry and medicine. However, they break easily and are very soft. So far only nature has managed to create hydrogels with better mechanical properties such as cartilage and skin. To enhance synthetic hydrogels mechanics filling those with inorganic compounds to form composites is a promising approach, but until this method does not lead to high stiffness. Here we show the first example for tough composite hydrogels with ultra-high stiffness and glass-like transparency by enzyme-induced mineralization.

Typically, whenever material scientist try to replicate biological tissues, nature is unattainable. In case of hydrogels, cartilage and skin are the materials to compete with. They show extraordinary mechanical properties with a high stiffness (Young’s moduli up to 100 MPa) and toughness (fracture energies up to 9000 J/m2) albeit their high water content. Usually, synthetic hydrogels have far, far lower mechanical properties (Young’s modulus < 0.02 MPa, fracture energies < 50 J/m²). In an exceptional case, some pendants reach nature-like fracture energies by extreme extensibility, but exhibit low Young’s moduli below 1 MPa. By filling a hydrophilic matrix with inorganic particles, composite hydrogels with a stiffness of up to 10 MPa could be obtained, which are rather brittle.

Following our previously reported approach of enzymeinduced mineralization by homogeneously embedding alkaline phosphatase inside polymer hydrogels and swelling them in calcium glycerolphosphate for 7 days, we could achieve highly water-swollen composite hydrogels with a Young’s modulus up to 440 MPa that is 44-times higher than any synthetic and 4-times better than nature. Additionally the water-swollen material exhibit a still high toughness of up to 1300 J m-2. It was found that the key fact is the distribution of alkaline phosphatase inside the hydrogel, which leads to the isotropic growth of inorganic, amorphous calcium phosphate structures inside the hydrogel. Although, the inorganic content is below 15 vol% the change in stiffness of the water swollen composite hydrogel is remarkable, especially because 60 vol% of the material is just water. It is proposed that at a certain amount of calcium phosphate an inorganic network is formed that increases the mechanical properties by percolation of the aggregates. Additionally, an incorporation of phosphonate group carrying monomers in the polymer matrix reduces the size of the CaP aggregates and results in optical transparent and ultrastiff water-swollen materials with high inorganic content (Figure 1).

The phosphonate groups also increase effectivity of CaP enhancement, so that stiff composite hydrogels with 56 MPa could be obtained that consist just of 4.5 vol% calcium phosphate and 90 vol% water.

Figure 1: The images show the polymer-hydrogel with 7 wt% phosphonate group containing monomer and 0,4 wt% immobilized alkaline phosphatase before and after calcification in 0.2 M triethanol amine buffered (ph 9.8) calcium glycerolphosphate solution (11g/l) for 7 days. The scheme illustrates the calcification process and additionally displays the crosssections of the hydrogels examined with scanning electron microscopy (the diameter of each circles is 1.2 μm).

In future, the presented unique nanostructured material might be used in regenerative medicine as a replacement material for skin, cartilage or bone, whereby the properties and the structure of the new hydrogels can be adjusted very similar to those of the natural idols. It is also a promising candidate for pressure resistant and mechanically cleanable separation membranes or high porous electrode materials for batteries and fuel cells.

Last year we introduced an innovative method to artificially produce shell-like CaCO3 composite materials in large scale by intrinsic mineralization of water-swellable polymers. Unfortunately the mechanical properties of these artificial hybrid materials are not in the high range of the natural idol. By improving the process of urease-induced calcification and introducing a second polymerization step after calcification of the hydrogel the interface area of CaCO3 and polymer phase could be increased. The consequence was a significantly higher toughness and an increased Young’s modulus up to 3.5 GPa.

Artificial biomaterials have great potential in regenerative medicine and light-weight design, because of their high biocompatibility and good mechanical properties. Unfortunately the reproduction of the nanostructure, which is essential for their mechanical characteristics, was just successful in microscale. Urease-induced calcification of hydrogels is the first method that allows producing intrinsic calcified, nanostructured hybrid materials in a macroscopic scale at mild temperatures. Thereby urease is dissolved in an organic mixture of monomers like 2-hydroxy ethyl acrylate (HEA) or N,N-dimethyl acrylamide (DMA) and triethylene glycol di-methacrylate (TEG). After polymerization using UV-light the enzyme in the formed hydrogel is still active. Swollen in a solution of CaCl2 and urea, the embedded urease cleaves urea to ammonia and carbonate while latter leads to a selective CaCO3 crystal growth inside the polymeric hydrogel. The so grown composites show similarities to the natural structure nacre, but don’t achieve its mechanical properties. With intent to improve the Young’ modulus it was found that the pH value is changing during calcification process and has a direct influence to the nanostructure of the crystals. By stabilizing the pH using 0.1 M TRIS-buffer the content of CaCO3 was increased up to 95 wt%, which is the same as nacre.

Figure 1: Young’s moduli of different types of hydrogelsconetworks before and after calcification / post-polymerization (PP) steps.

Figure 2: SEM images of (a) highly calcified HEA-l-TEG hydrogel and (b) the same network after an additional post polymerization step. The pictures beneath show magnified details of the images above.

The high inorganic content of the composites results in a change of mechanical properties dependent on the type of used network. Like shown in Figure 1 low-Tg-networks (HEA-l-TEG) reveal an increased Young’s modulus due to the high CaCO3 content (up to 330-times) compared to the bare conetwork. In contrast high-Tg-networks (DMA-l-TEG) show a loss of Young’s modulus by calcification. An explanation might be the lack of adhesion between crystals and polymer matrix like shown in Figure 2a. The mechanical behavior of high calcified films is just dictated by crystal interlocking. Introducing a second post-polymerization (PP) step after calcification by swelling the hybrid material in a PHEA/PDMMA-I-TEG monomer solution and polymerize it increases the interface area between CaCO3 and polymer (Figure 2b). The consequence is a significant rise in Young’s modulus after this step that is up to 6-times higher than without PP and 50-times greater than that of the previously reported materials.

Numerous approaches were taken to synthetically prepare nature inspired composites like shells, because of their outstanding properties and biocompatibility. Established procedures are quite elaborate and not yet suited to produce materials with dimensions above the microscale. For that reason we developed a new, easy and effective way to produce shell-like CaCO3 composites in large scale based on  water-swellable polymers. The therein grown crystals form nanostructured, biomimetic layers, which are capable of improving stiffness of the polymer up to 700-times.

We have developed a novel method of mineralizing bulk materials in larger scale following the approach of enzy-me-induced mineralization. The new approach uses im-mobilized urease to induce and limit CaCO3 crystallization inside a polymer network by an enzymatically catalyzed reaction. As found previously, enzymes can be dissolved in organic mixtures of monomers such as 2-hydroxy ethyl acrylate (HEA) and triethylene glycol dimethacralate (TEG) without losing their activity. This was used to dissolve the enzyme urease in such mixture and photopolymerize tho-se. The formed film contains active urease. These bioacti-ve polymer conetworks were then treated with an aqueous mixture of urea and CaCl2. It was expected that urease hy-drolyzes urea to form carbonate within the film, which will precipitate with calcium ions in the bulk followed by crys-tallization of calcium carbonate. This concept proved valid. The bio-induced calcification indeed allows forming crys-tals within a short period at room temperature (Figure 1).

Figure 1: Stereomicroscope images of a hydrogel with entrapped urease treated with an aqueous solution of CaCl2 and urea at room temperature for different periods of time.

The effect of the conetwork composition on the crystal growth was observed. In addition the influence of the de-gree of polymerization, immobilized urease concentration and temperature of calcification were investigated. All na-med parameters strongly affect the morphology of grown crystals inside the networks.

Figure 2: A) Stereomicroscope image of a cross section of PHEA-l-TEG conetwork (3 wt% TEG) with entrapped urease (0.5 wt%) treated with an aqueous solution of CaCl2 and urea at room temperature before drying. B) SEM pictures of the same cross section with different magnifications.

That way dense structures of bar-like nanocrystals with different aspect ratios in spherical or dendritic arrays can be formed, which arrange in polymer separated layers (Figure 2). This construction mimics the brick and mortar nanostructures of shell nacre, which results in highly im-proved mechanical behavior. The grown nanocrystals are capable of increasing stiffness of the starting material up to 700-fold, provided that the microstructure shows a den-se construction without pores and strong interaction bet-ween crystals and network. The process has the potential to generate a new class of materials that would be availa-ble in macroscopic scale for use in light-weight-design and medicine.

Nanocontainers based on hyperbranched Polylysine

Branched amphiphilic polymeric systems with core-shell architecture can be used as versatile nanocontainers and templates with great potential in application fields ranging from medicine to organic coatings. In order to explore an alternative to the already widely used and established synthetic macromolecules, we synthesized new polymers based on highly branched and hyperbranched polylysine (HPL). The PL was prepared with classical heating and microwave assisted.

Figure 1: Photographs of solutions of organo-insoluble dyes in chloroform with hydrophopbic HPL-nanocontainer and TEM image of Pd-nanocrystals formed within the nanocontainers.

The synthesized HPL derivatives GHE90-HPL and FS80-HPL are soluble in organic media, such as toluene and chloroform. Polymer solutions of GHE90-HPL in toluene allowed the solubilization of metal compounds (AgNO3, HAuCl4 and Li2PdCl4) and supported the formation of metal nanoparticles (Ag, Au, Pd) when adding reducing agents such as L-ascorbic acid and Li[HBEt3]. In case of the palladium reduction with L-ascorbic acid Pd nanocrystals were formed (Figure 1).

The hydrophobically-modified hyperbranched polylysine core-shell nanocontainer with silver nanoparticles (AgNP) can be applied as bendable and long-term active antimicrobial coatings as shown on the example of PGA-based surgical sutures (Figure 2). An adapted dip coating technique was developed to equip the investigated surgical sutures in a controlled manner with a silver content of up to 29.7 µg/cm2. The rigid polypeptide polylysine afforded a constant release of silver ions, which is clearly the optimal way of releasing a biocide.

Figure 2: Concept of an antimicrobial coating based of core-shell polylysine nanocontainers with silver nanoparticles

It could be shown that the release of the silver ions of approx. 0.1 µg per cm2 and day is sufficient to prevent the adhesion of living S. aureus cells from their PBS suspension onto the coated sutures. The AgNP loaded sutures FA-HPL are not toxic to mouse fibroblast cells and can be extrapolated to at least 6 weeks of constant silver release showing the maximal antimicrobial effect during this time. Taking into account the typical healing time of wounds, the antimicrobial effect of the coated sutures is sufficient for their practical use.

Thus, polylysine was found to be an easily accessible hyperbranched polymer that can be readily modified to form novel possibly non-toxic core-shell nanostructures for versatile applications. For instance, the AgNP containing coatings with high surface concentrations of AgNPs, form coatings for long-lasting antimicrobial activity and very low cytotoxicity. 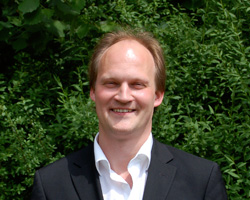